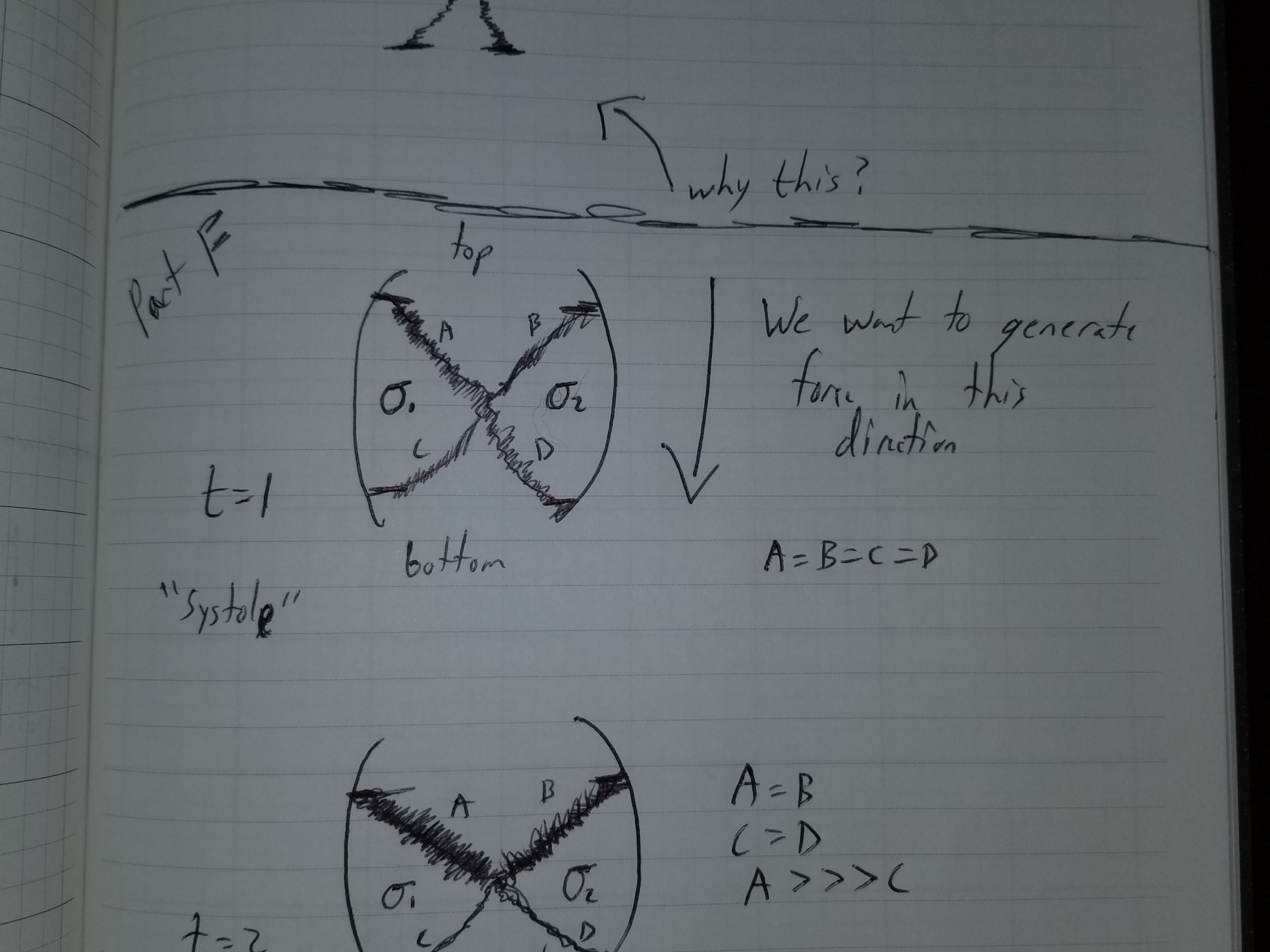 other ideas i have

In part A you can see two stacks of Lazers. Its a whole bunch of lazers stacked on top of one another. Each lazer is sitting directly across from one another. We can turn on/off the lazers really fast and we can have any combination of lazers on and off.

First we activate the top row of lazers and they shoot photons at one another. These photons will interact with the air and generate heat. This is where Part B comes in to play. In between the top row of lazers, the temperature increases. Inside the engine, we have created a temperature gradient and some degree of local compressibility. This means that the air will try to escape (in the form of convection and diffusion) and flow downwards a bit.

We can scan the lazers downwards and create a current heat flow. This will result in a net pressure at the bottom of the engine that causes the engine to be pushed upwards.

We can improve it though further obviously

At part C, we are using a move advanced type of lazer configuration. Now the lazers are going to be shooting at angles and their beams will intersect in a point. The intersection will scan across and generate the “excitation line”. This is the line created by the intersection of the lazers as they go back and forth (See part D for more information on that on. Or email me at banmeihack@gmail.com)

Now in order to take it further, we can use our “excitation line” scanning capabilities and draw complex heat map shapes. Part E shows the engine design I chose. X. I just randomly drew and X and was like “why is this a good idea?”. Then I figured it out in Part F.

Ok. So first you create a heat map where all the legs of the X are equally hot (T = 1). You hold it there for a bit and increase the temperature of the X gradually. The X is creating two chambers inside of the engine, σ1 and σ2. These chambers are closed off because the temperature gradient essentially acts as a wall (changes the fluid dynamics in the air) and prevents the two from mixing with the outside world.

Then in T = 2, you essentially turn off the C and D legs of the X heat map. This will make the heat pressure built up in  σ1 and σ2 release. This release will cause a force back onto the engine, pushing it upwards.

Its an engine that sort of beats like a heart: its bones are lazer machines, its muscles are photons, and its blood is air.

other ideas i have

This is a text widget. The Text Widget allows you to add text or HTML to your sidebar. You can use a text widget to display text, links, images, HTML, or a combination of these. Edit them in the Widget section of the Customizer.
Loading Comments...
%d bloggers like this: